Our eldest, Sabine, has been going to school for the past few months. Daily school from 10:30AM to 1:30PM. She doesn’t complain, and I think she enjoys having classmates and a teacher. She celebrated her birthday in school. She talks about her classmates, but she also talks more about one classmate in particular – maybe a school crush this early? She also went to an earlier daycare before she started school, and she enjoyed that as well. She had ballet classes over the summer, and she actually says she would rather take ballet than go to school.

Our second, Aida, went to Gymboree for a few weeks, and thoroughly enjoyed it as well. I have to say it helped her get out of her shell. She loves picking up her sister from school, and if you ask Aida, she wants to go to school already.

But, school is expensive! And they seem to be so busy! Sabine has had a halloween party, a science project, a “world” project and a pet day (where we had to buy a pet) in the last few weeks. And in the next few days she has a field trip, a class play, a class Christmas party, a Christmas party with parents and an assessment. And all that has fees included – and stress as well (both for us and Sabine). In fact, Sabine’s hair thinned out during the first few months of school due to stress or lack of calcium. That could be attributed to a lot of factors, but maybe school everyday was one of them.

So, yes. Homeschooling is again in our radar. We thought of it before we got Sabine into school, even attended some sessions with homeschoolers, but then decided to go the “easy” way. But it doesn’t seem so easy anymore. Now, Des is seriously thinking about it. She has a whole-day job, and that takes her away from time with the kids, and I am sure that is hard on her. I have to work as well, and leave the kids at home (good thing my mother-in-law helps out). Is that how it should be?

We are on research mode again. I am drawn to Kolbe because of it is Catholic content. But maybe it is also because I don’t really hear about any other kind of homeschool provider. I asked DepEd about accreditation and all that, and they replied (quite fast, mind you), with their memos on homeschooling. I haven’t read them yet. I hear homeschooling is cheaper, takes less time, but takes more commitment from the parents. And of course, you’ll have to deal with what everyone else in Pinoy society will say about you.

I just had to put this blog out there. Maybe some amazing homeschooler will drop by and leave a comment. I don’t need to be sold on the idea, I just need to see that it works. 🙂 Not for me, but for my kids. 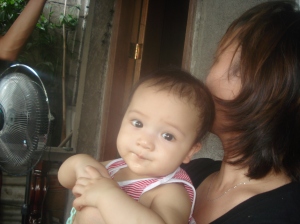