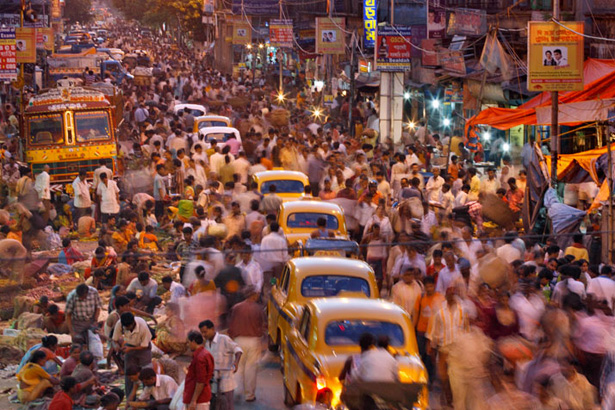 That picture is from National Geographic. This year, the world population will reportedly reach 7 Billion. And, of course, when we see pictures talking about population, we always see crowded streets and thousands of people mashed up together.

Who wouldn’t think the world is a crowded place with pictures like that? And it is true that a lot of places are crowded, but we thrive. Look at Singapore. It actually has a population density higher than the Philippines. But they are progressive and smart – building UP. They have very little (if any) corruption. They may have a big population, but it is dwindling… and they are giving people money just to have a second child. I heard that in Russia, you get $9,000 for a second child! If this RH Bill passes here, I am going to Russia to get the money.

So, who will be this 7 Billionth person in the world (we would have reached it sooner if there was no abortion)? Will it be my son? 🙂 I will name him Bilyong Padilla. And he can find his wonderful place in the world. Maybe here: